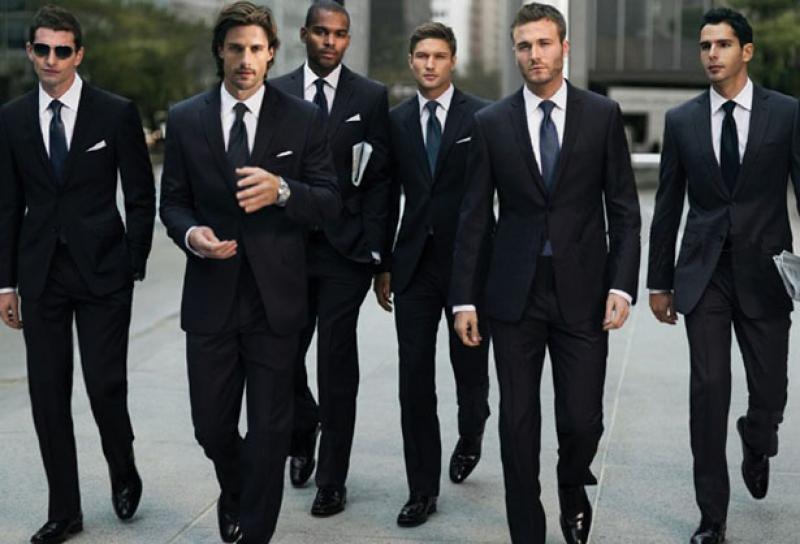 I’m not a hardcore fashion connoisseur. I don’t read GQ or any other men’s fashion magazine regularly. I don’t debate the merits of bespoke versus off the rack.  But when the time comes to get dressed, I know how to put the “C” in clean!

I also know that far too often when I look at what many men are wearing today and wonder, how they pass off what should be confined to pajamas or Garanimals for fashion forward men’s clothing? Seriously. There’s a difference between expressing individuality and looking ridiculous. If you want to live life as an outlier, cool. I get it. But I’m looking at mainstream men’s fashion and wonder, are there any grown ups in charge?

For example, when did tablecloths become a stylish choice for a dress shirt? These checked shirts that I see everywhere are hideous. These guys could take the shirt off their back and have a picnic lunch with Yogi Bear.

My tastes are steeped in tradition. From the time I was nine years old, when there was an occasion that required a suit, my mother and father took me to one of the “B’s”. Barney’s or Brooks Brothers. At Barney’s, if I recall correctly, the boy’s department was downstairs. We would look for my size, which was Lilliputian in those days. I was free to pick any color I liked. From there, my Dad taught me about the different styles. I learned the difference between double-breasted versus single-breasted jackets, single or dual vents, pleated or flat slacks and how to accessorize. All accompanied by a well dressed salesman, deeply versed in men’s haberdashery.

Once we had the suit, it was time to wait for the tailor. I’d stand in line waiting for one of the two or three tailors that worked there full time to invite me to their work station. Although there were other boys in line, I focused on the men. Standing in line with other men, whom I presumed were lawyers, politicians or businessmen like my Dad, going through this process made me feel very grown up.  I was there for some specific occasion, because let’s be honest, how often does a nine year old need to wear a suit?  But the men were there because this is what men do.

When the tailor waved me in, I stepped up on to the little platform surrounded by more mirrors than I had ever seen in one spot. I remember thinking, “who needs all this?” But looking at a million images of myself into infinity was very cool. The salesman who had been so helpful, all but disappeared. He may have made a suggestion or two but this was the tailor’s kingdom. He made all decisions and didn’t like to be second guessed. I can’t recall if he was Italian or Latin but I know he didn’t speak much English. But it didn’t matter. He communicated what he wanted me to do perfectly.

He’d have me stand forward, put his arms on my shoulders and just have a look. From there, it was a series of soap marks, tugs and turns followed by pins here and there. If he had a question, he’d ask my Dad or the salesman…not me. It wasn’t an insult. He knew I had no idea what they were looking at. If there was extra space in the chest or in the back behind the armpit, what was acceptable was a judgment call and he knew I didn’t know the answer. Some men prefer a very tailored look and others prefer more space to move or simply gain weight. What was clear to me was, these men understood fashion, knew what looked good and I was in good hands.

I also remember feeling mentored in the best possible way. This was a right of passage. It was as much of a ceremony as a debutante ball and trust me, I’ve been to more than one of those.

The tailor would ask me only two questions. First, when he tugged on the waistline, he’d ask, “ok”? Then he’d turn the bottom of my pants under and ask, “cuff or no cuff?” I always wanted the cuff…an inch and a quarter. Then the tailor would pat me on the back and say, “ok son” and I’d go change back into my street clothes.

The most important take away from my early experiences with men’s fashion was the notion that there are basic rules that men with style understand.

As I survey the landscape of men’s fashion today, I have no clue when it happened, but the style train has derailed, crashed and is burning. Some of the biggest offenders are in the NBA. Here we have young men who are wealthy, fit and wish to not only look good, but set trends. Nevertheless, watching many players walk into arenas or at post game press conferences, as my friend Charles Barkley said, “I wonder if he had a mirror in the room when he was getting dressed?”

It’s painful to me. I look at some of these guys who have sons and think, what in the world is he teaching him? If his child doesn’t become an NBA star, good luck getting a job dressed like your father anywhere in the real world looking like a character that belongs in an episode of “Sponge Bob Square Pants”.

I understand and I am supportive of individual style. All designers want to establish their brands and stand out in a highly competitive field.  But when men start wearing pearls, hand bags, capris pants and color combinations from skittles, I submit to you the line for real men’s clothing is in the rear view mirror.

Thankfully, there are plenty of high profile, well dressed men who are getting it done. Cats like: Idris Elba, Leonardo Dicaprio, Joseph Gordon-Lovet, David Beckham, and David Gyasi. Bryant Gumbel and Matt Lauer have been impeccably dressed for years and I give a special shout out to Los Angeles sports caster Rob Fugisaki. Rob not only looks great, he actually makes his own clothes.

I’m making an appeal to all of the women in the world. Say something to your man, brother, cousin, father, next door neighbor or the guy you’re laughing at in line at Starbucks. Let him know what you think. Tell him he’d have a better chance getting you on his arm if he didn’t look like he needed a stroller. Tell him to grow up because women find nothing more attractive than a well dressed man.

I like British and Italian suits. I need to make a trip to Savile Row in London to take my own wardrobe to the next level. But I know that’s not something every man can or need do. However, most men can go to The Men’s Warehouse and buy very reasonably priced clothes that look good.

I’m not a fashion connoisseur, but I’m going to spend more time to become one. Identifying style and individuals who aren’t diluting the image of men’s fashion but representing the best it has to offer. Because, real men, wear real clothes!